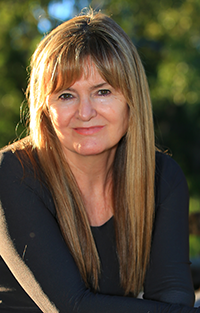 Patricia Holland was born in Liverpool, England, but has lived in Australia since the age of five, in Melbourne and on farms and cattle stations in Central and North Queensland. She now teaches at a secondary college and lives in a coastal town near Yeppoon in Central Queensland. Patricia's publications include: journalism articles in magazines and newspapers, including Queensland Country Life, Outback Magazine, National Farmer, Townsville Bulletin, The Morning Bulletin (Rockhampton), and The Northern Miner (Charters Towers); short stories in Idiom magazine; and a children’s book, Patch the Australian Cattle Dog (1999), which won a regional education award.

Patricia's first novel, The Styx (Lacuna, 2017), is dedicated to the memory of her eldest daughter, Sophie, who suffered from Rett Syndrome and died when she was seven years old. Earlier drafts of the manuscript were selected for Hachette’s Manuscript Development Program in 2015 and Legend Press’s Luke Bitmead Bursary in which it placed third in 2016.